The Met gala finally opened in 2019, and this charity dinner called Oscar in the fashion world that is like a high-end transvestite, and this year’s theme is “Camp: Fashion Notes”, and earlier, The fare about this feast sparked everyone’s discussion. It is said that each seat is priced at 30,000 US dollars, and it must be approved by the editor of the US version of VOGUE, Anna Wintour, that is, even if you have money, you will not necessarily a seat.

This year’s Camp theme seems to be more interesting than ever before, and the stars have also tried their best to create the most exquisite style with a constant visual impact. 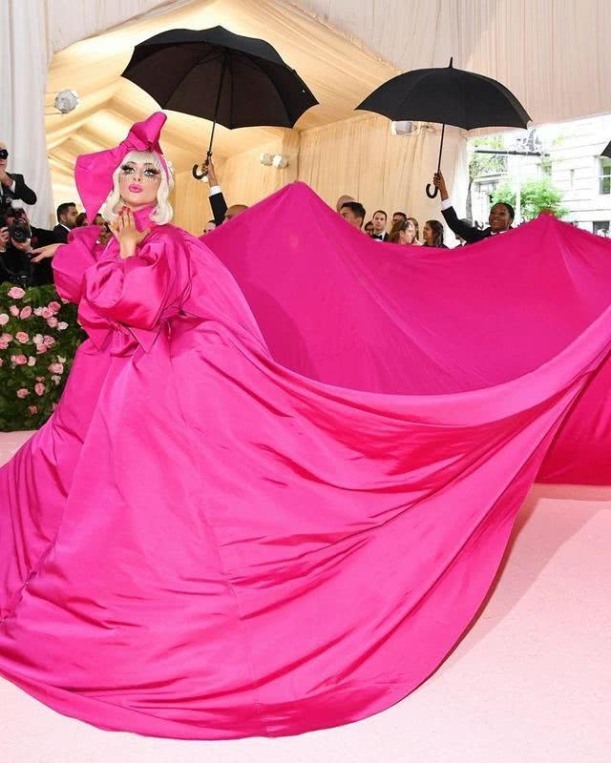 As one of the chairmen in the year, Lady Gaga has always been a flamboyant styling, and this year is even more feasting. Brandon Maxwell’s exquisite dresses, up to 7 meters of exaggerated skirts, plus the same color bows and golden wig, the long lashes, let everyone stun the chin as soon as they appeared. 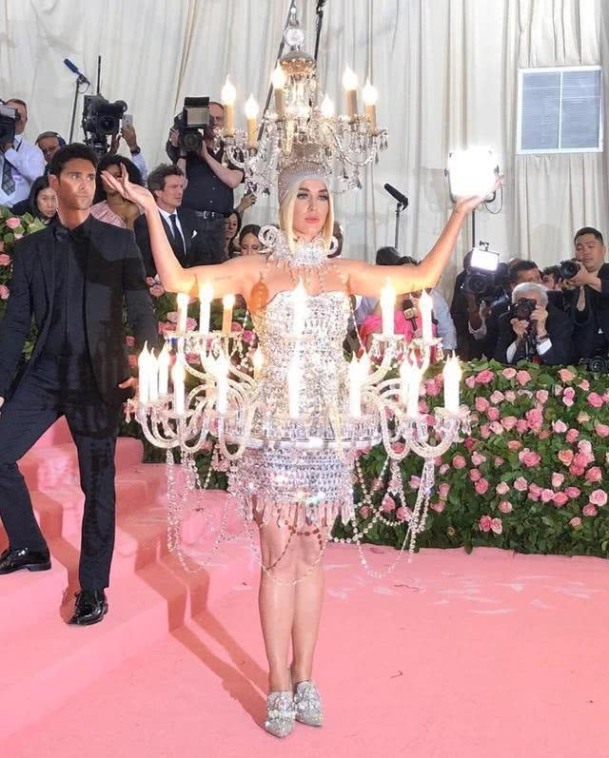 The one who can compete with Gaga is Katy perry, she is wearing a Moschino chandelier to make a stunning appearance, instantly “igniting” the scene, and for the fruit girl who is also wearing exaggerated flowers, this year’s camp theme is not difficult. After all, she is also scared to everyone’s eyes in other day. 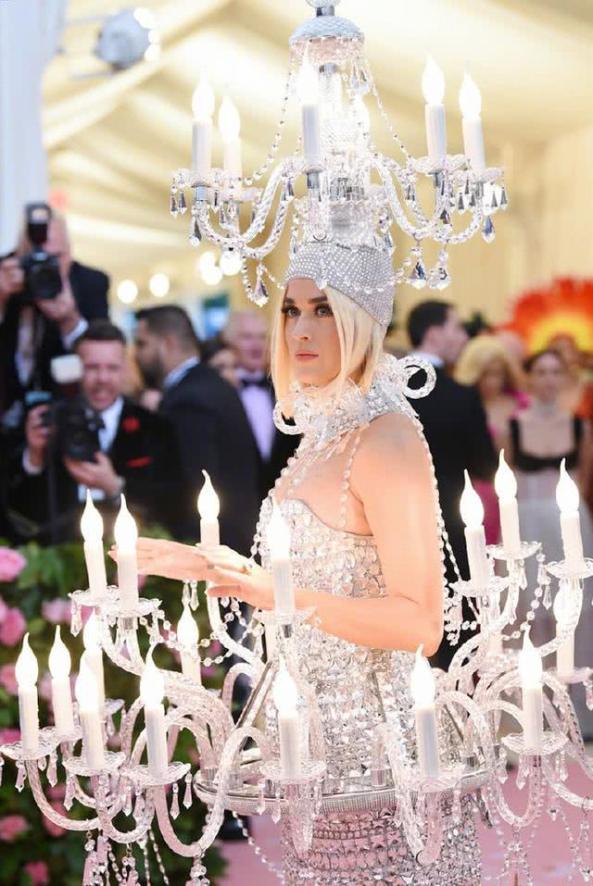 I have to say that Katy perry is indeed a master of Camp. When I first saw this half-length figure, the first thought in my mind was that she was not too heavy? But Katy perry is telling you that these are not things in the aging mother, and then sing Sia’s Chandelier enchanting drift away. 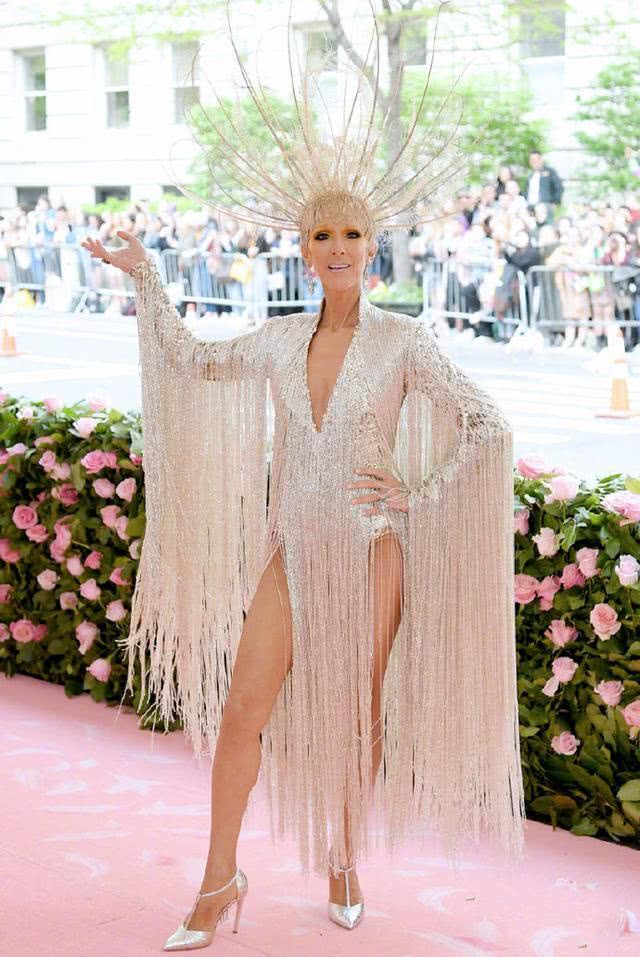 Celine Dion is wearing an Oscar de Renta tassel jumpsuit. This costume is inspired by the film “Zigefi Song and Dance Troupe”. It consists of 18-sided structure and that is built by 52 senior embroidery masters who have spent 3,000 hours working on the whole dress. The weighs is over 22 pounds. 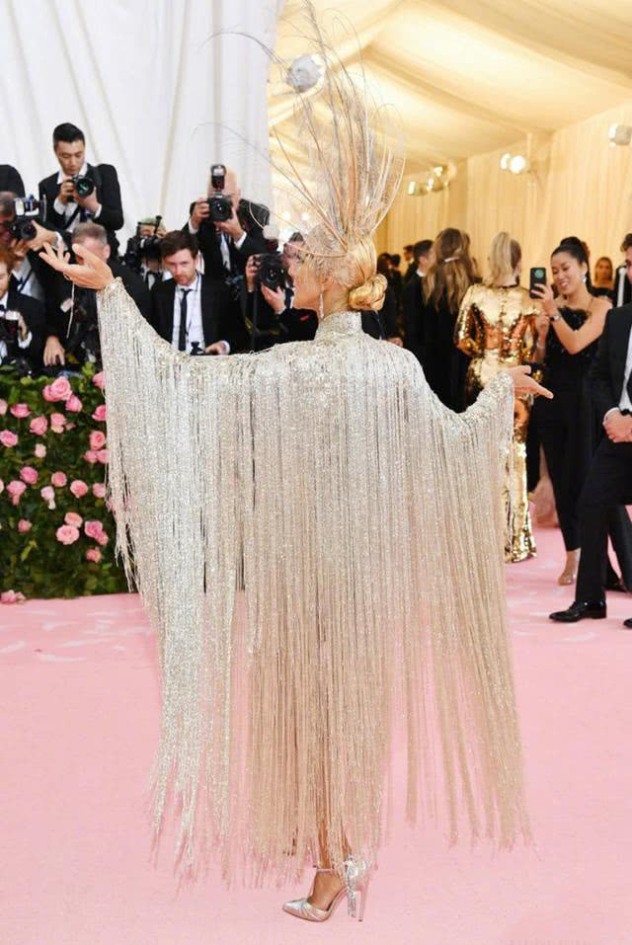 In the year, the 51-year-old award-winning Canadian female singer wore such a heavy dress and took the red carpet out of the essay. It is said that she told the reporter at the scene: I thought that when camp was camped, I thought about how to spend the night at the scene. Later, I realized the real meaning, so I wore the same as the female Bodhisattva. 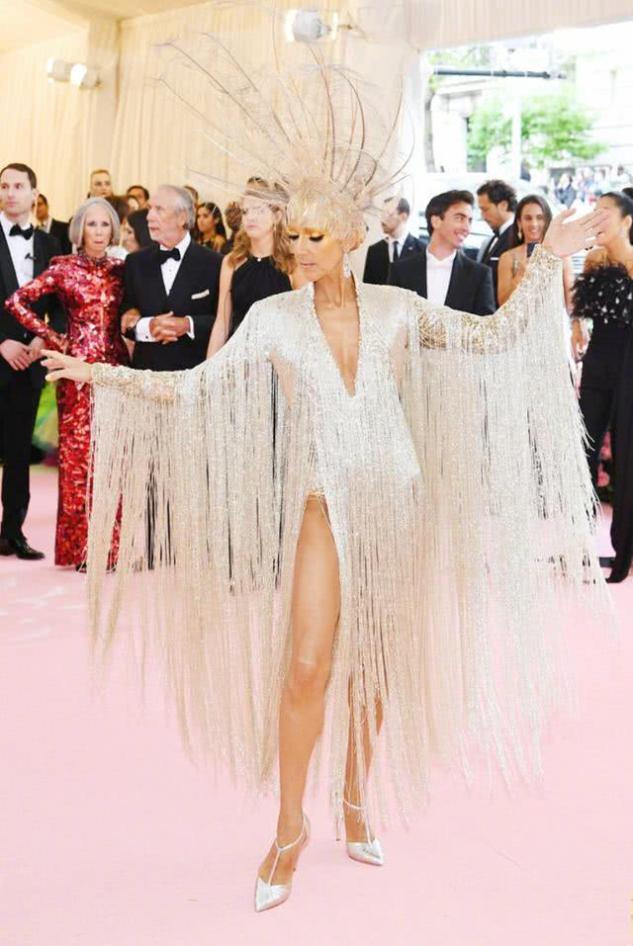 And for the sake of effect, the hands have not been put down until the end, it is also very hard, such a dress also makes many people shocked the eye, look at the red aunt behind her, the heart seems to be defeated in os: It is so good. There are also a lot of netizens discussing how to get a car like this chicken feather? 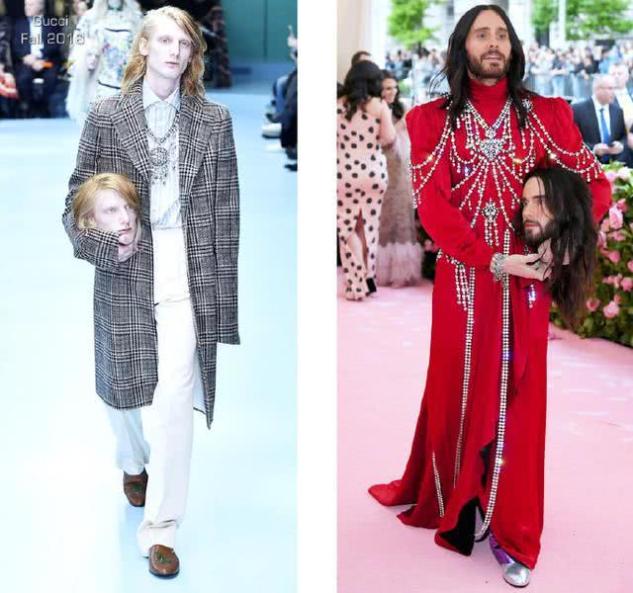 This year’s Met gala dinner was jointly organized with the Gucci brand, so Jared Leto Leto was wearing a Gucci Dahongpao directly, and at the same time handed the head, completely restored the bridge of the 2018 Gucci show, this “to see the head” scene is too great. 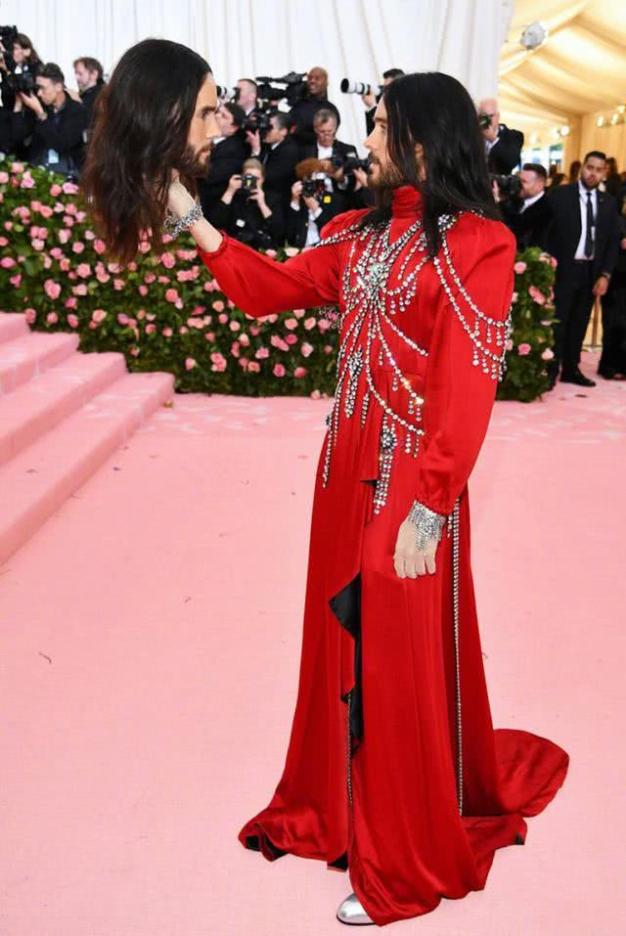 Not only this, Master Leto was able to hand over his head to Mond after he had staged many inner dramas at the scene. Mond was too cute after receiving it. This style makes the netizen call. The young master is so beautiful! 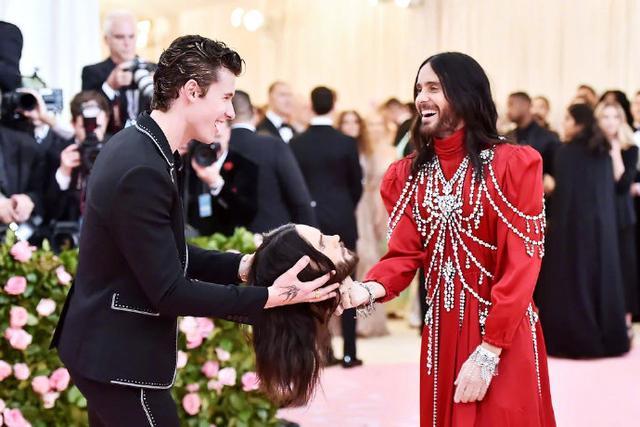 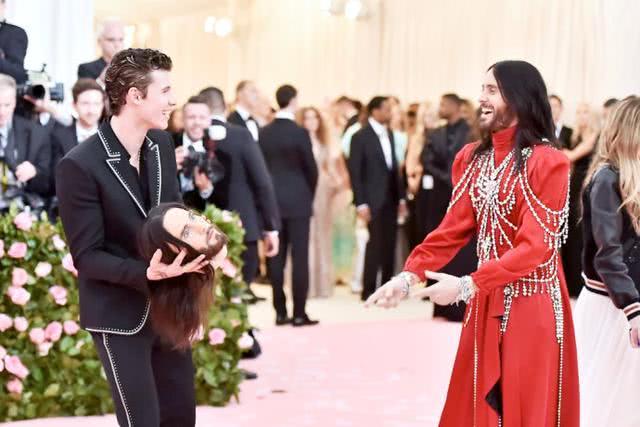 Originally, a young Master Leto will definitely become the best dress for the men in the audience. As a result, Ezra Miller appeared in a Burberry suit. The first full-time man was perfect. 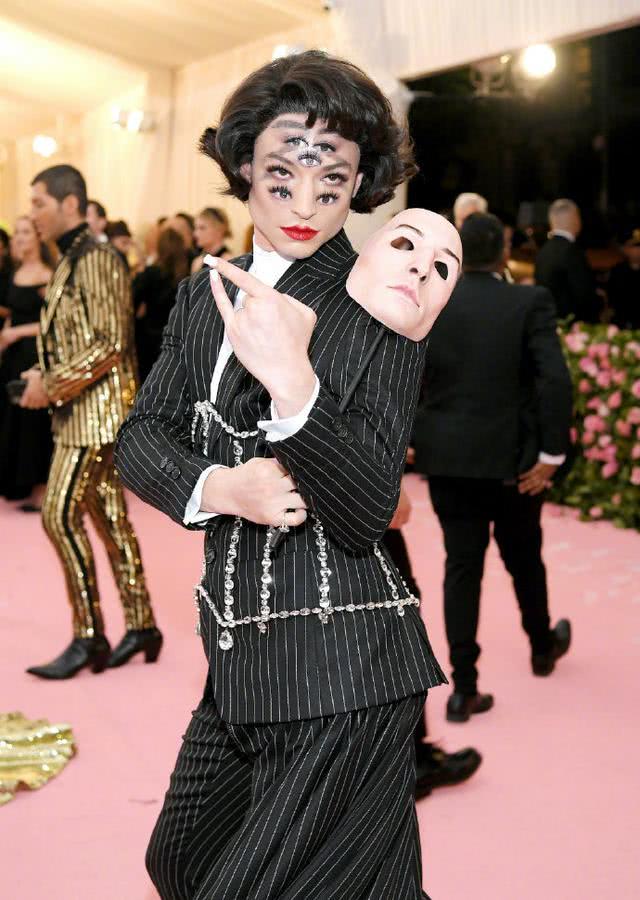 Ezra Miller ‘s style is exhausted, plus the crystal girdle’s girdle, long hem, some netizens may not accept such a shape, but I think that set is really a camp, look the eyes of the face felt like they were drunk with a few pounds of white wine. 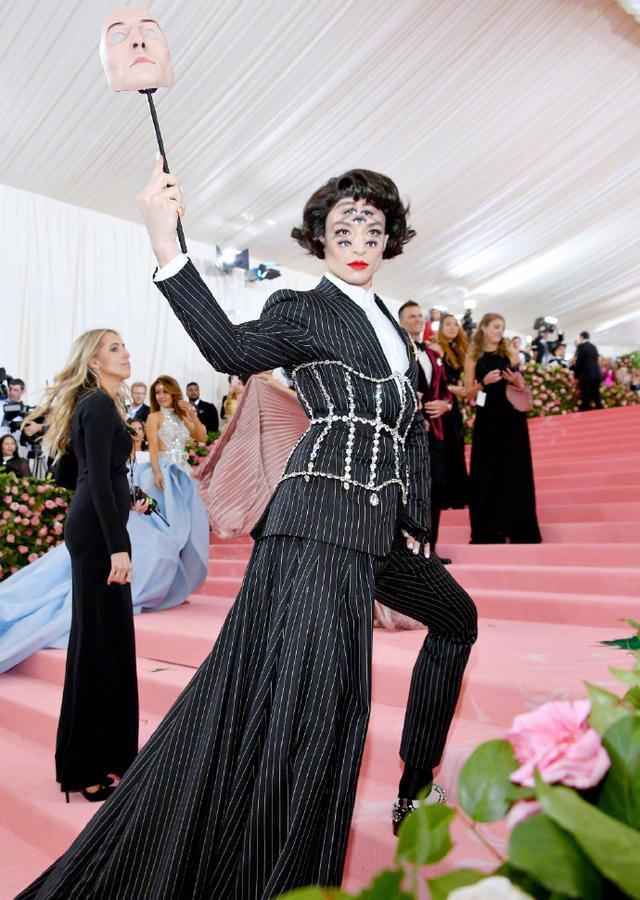 This year’s theme is making the stars to more camp, but it is such an exaggerated and interesting styling that can trigger our discussion and appreciation, so who do you think is the most popular person in Met gala this year?